How To Test Internet Speed and WiFi Speed Simultaneously

WiFi Speed (also called "WiFi Phy Speed") is the maximum speed that a WiFi router and a user device can send data to each other at a given moment.

Phy speed can change from one second to another.

When Internet is served over WiFi - Internet speeds are limited by the WiFi phy speed.

Use analiti to get faster WiFi.

As WiFi phy speed impacts your Internet speed (when you use WiFi) - it's important to test both together.

Use analiti to test both simultaneously. 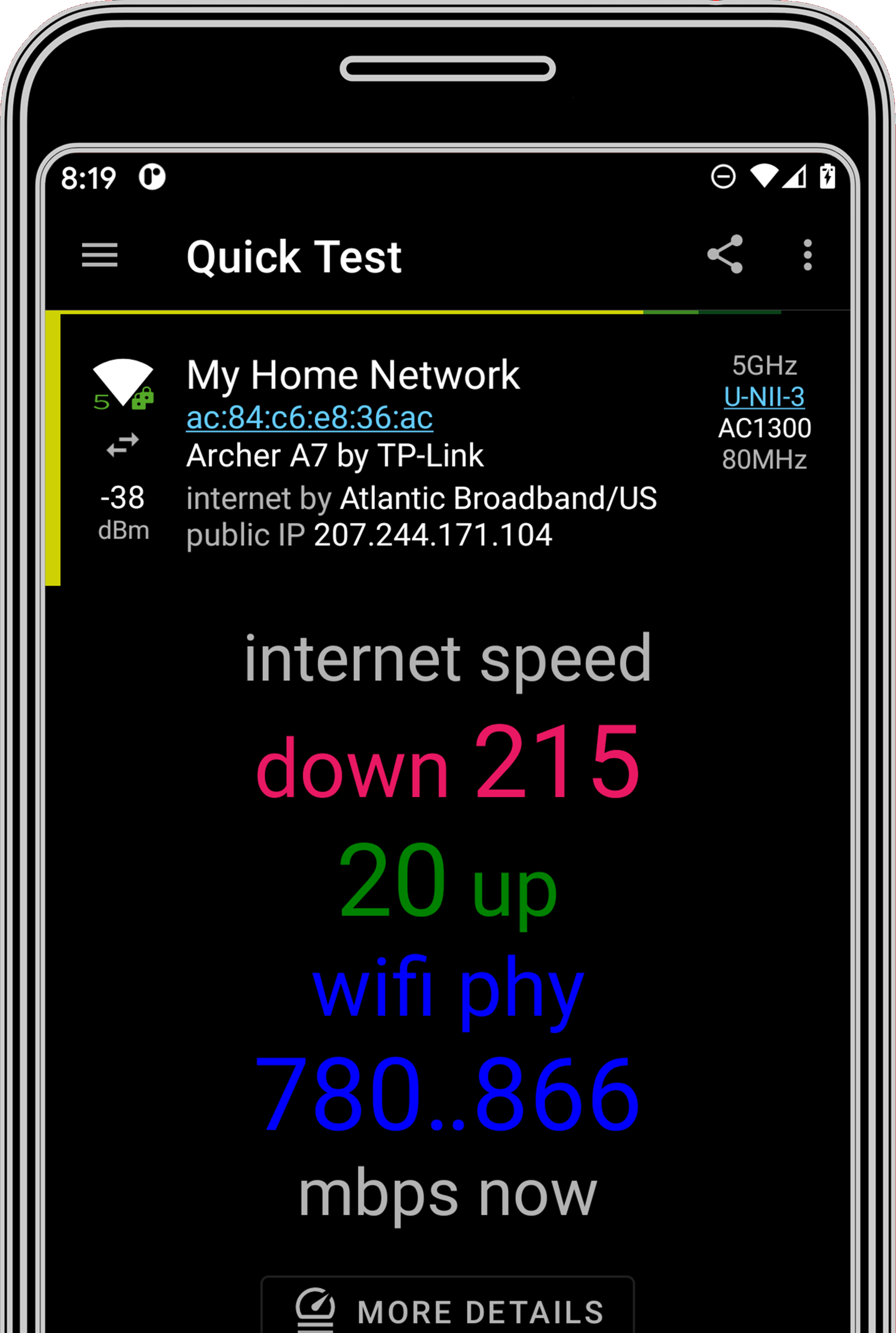 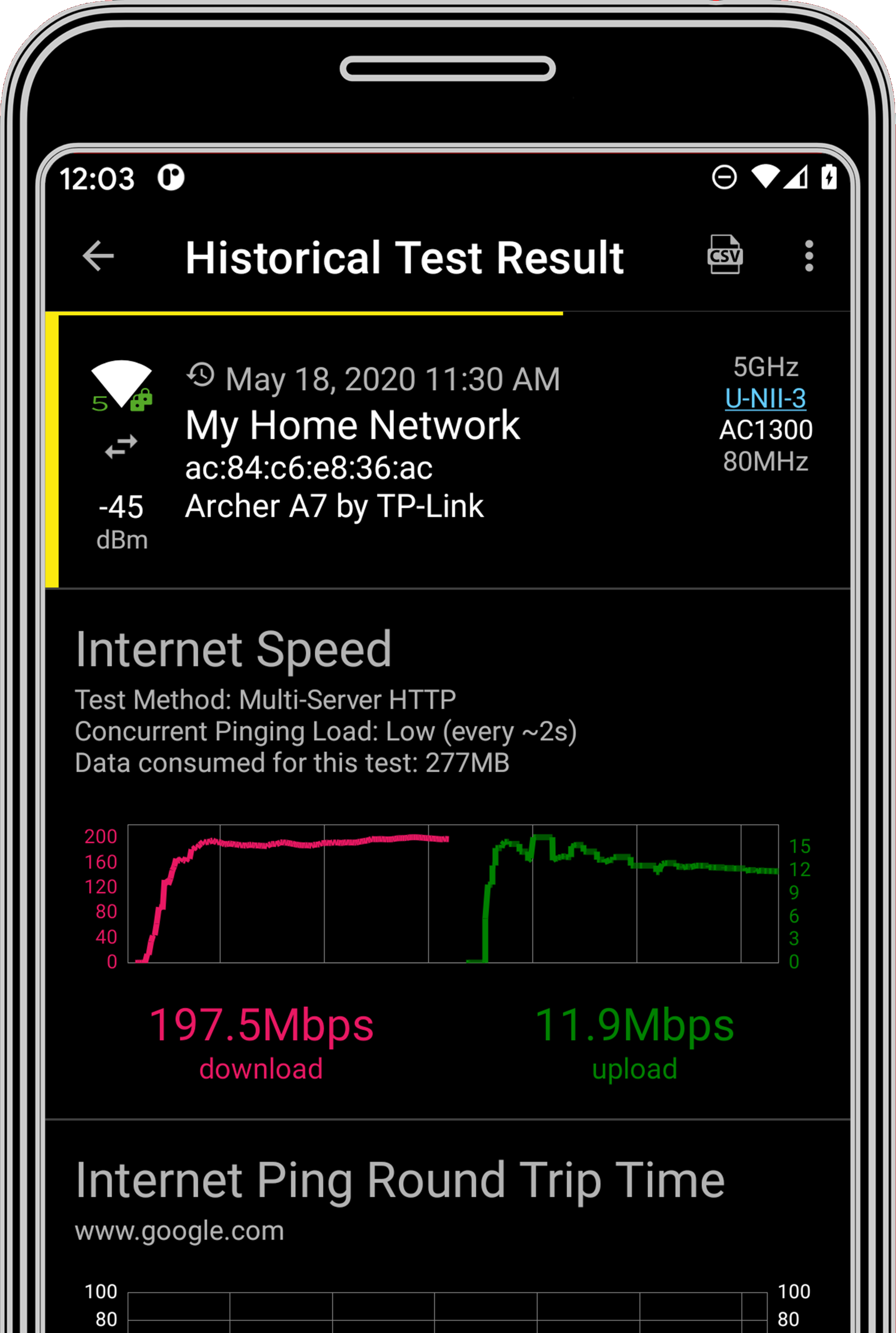 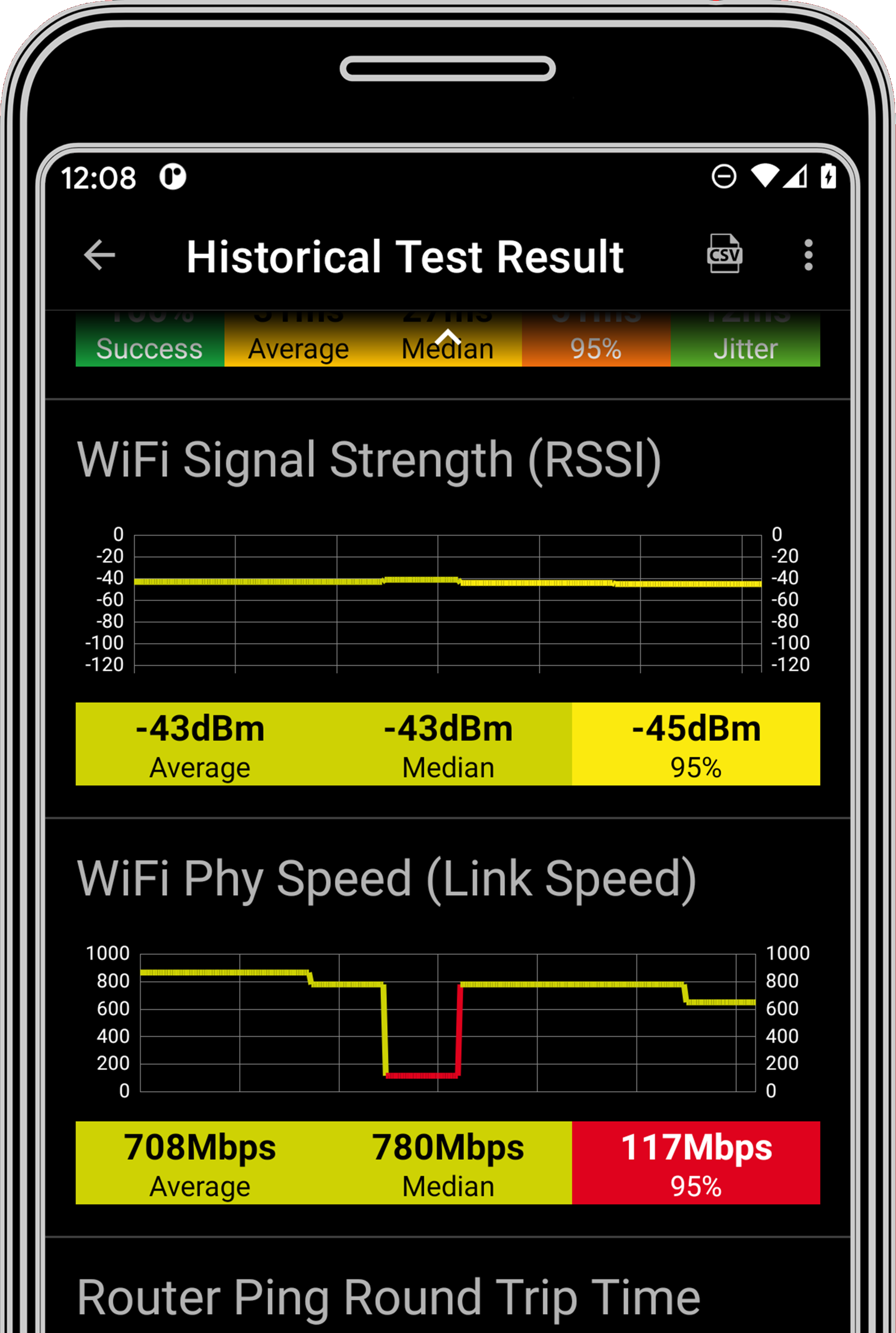 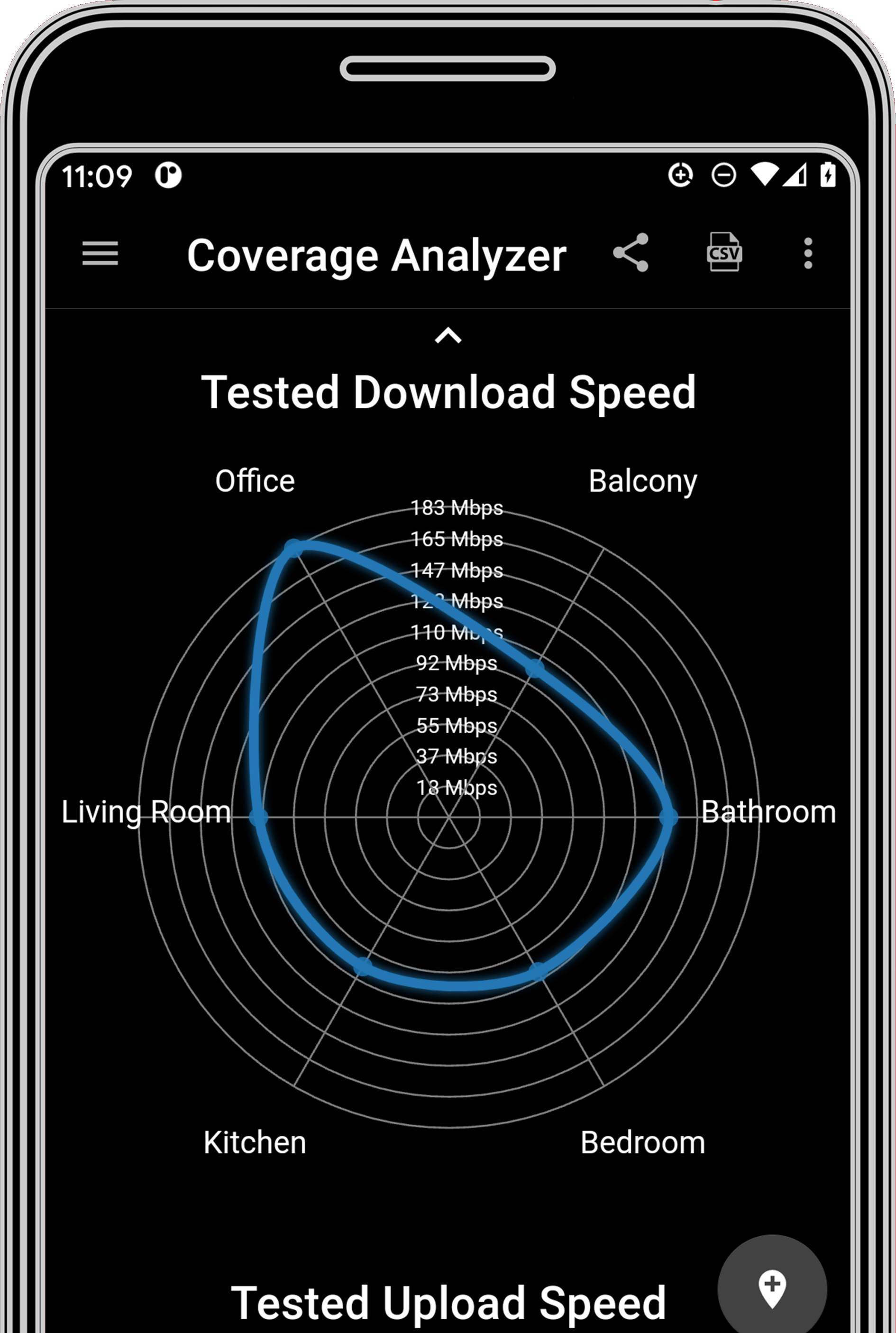 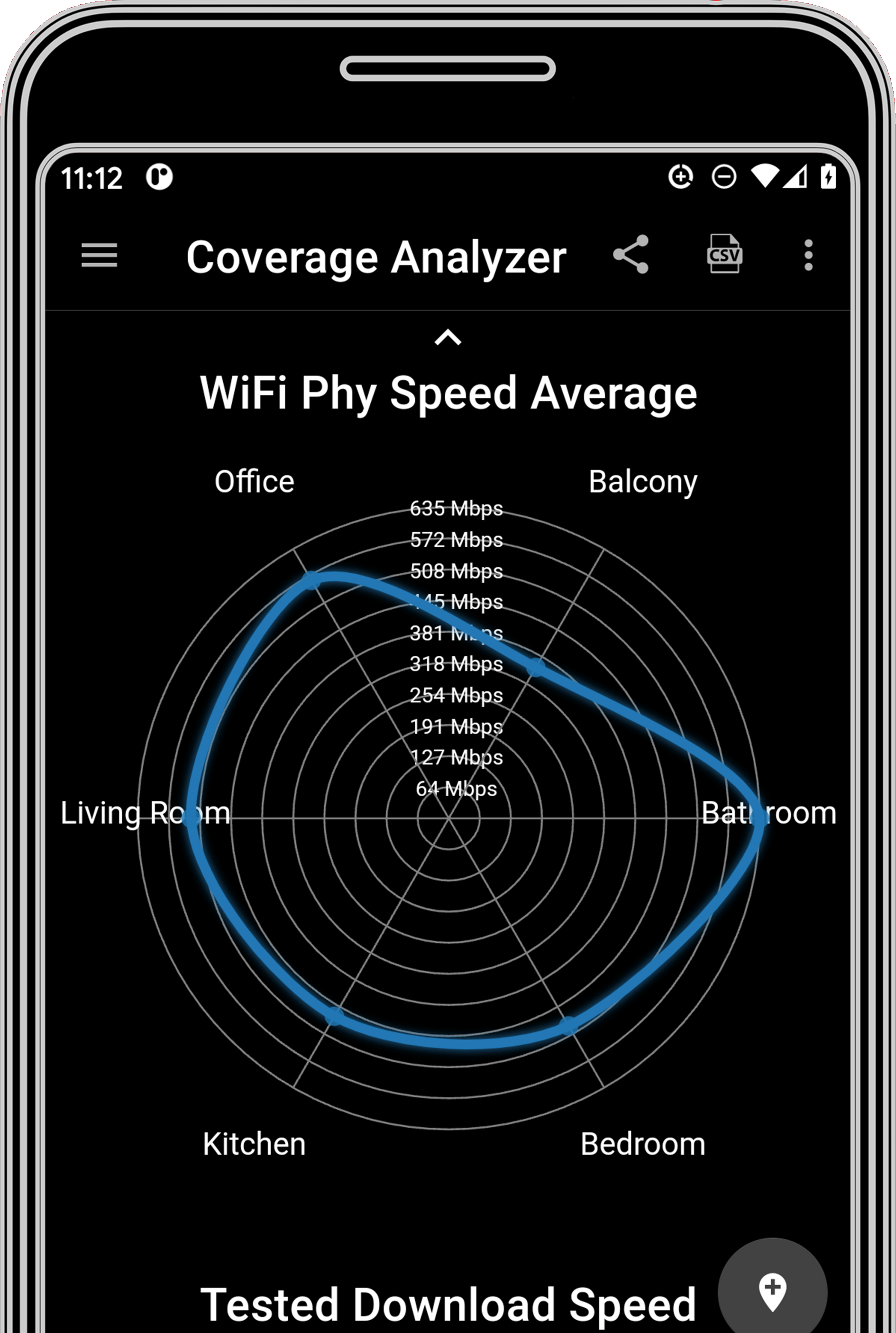